All the five people, who have been sent to the Shanghai Public Health Clinical Center, are related to an imported asymptomatic COVID-19 case reported in the city on Tuesday.

They tested positive during screening and quarantine as close or secondary contacts to the imported case, Wu Jinglei, head of the Shanghai Health Commission, said at a press briefing on Thursday.

The two new confirmed cases, both close contacts of the imported case, work at a milk tea store at 228 Yuyuan Road in Jing’an District. They are showing mild symptoms. 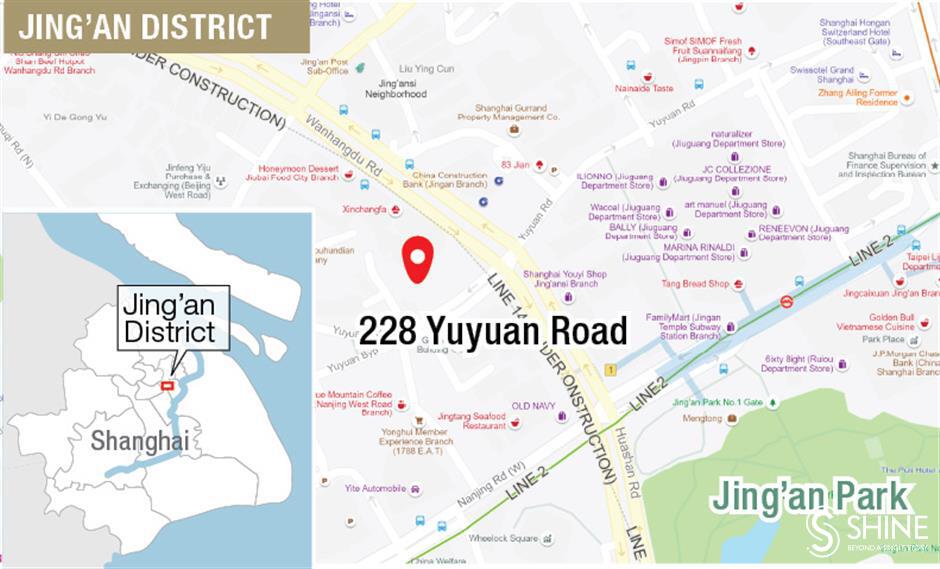 The 18-year-old female employee has received two shots of the COVID-19 vaccine, while her 17-year-old male colleague, a part-time worker, has not been jabbed.

Another female employee at the store and her sister, who live together, have been diagnosed as asymptomatic cases. They are fully vaccinated.

A 26-year-old unemployed female, another close contact of the imported case, has also been diagnosed as an asymptomatic case. She said she had taken full vaccination overseas.

Health authorities collected 1,626 environmental samples and 34 pieces, mainly at the places they live, have tested positive.

The milk tea store has been elevated to a medium-level risk area. A search on Dianping.com shows the store named “China Fresh Tea” is about 200 meters from the No. 1 exit of the Jing’an Temple Station on Metro Lines 2 and 7.

The milk tea store on 228 Yuyuan Road has been elevated to a medium-level risk area on Thursday.

The imported asymptomatic COVID-19 case, the origin of the new cases, is a Chinese studying in the United States, who arrived at Pudong International Airport on December 21.

All overseas travelers to Shanghai are subject to 14 days of central quarantine and another week of self-health monitoring period.

Authorities reiterated that during the self-health monitoring period, people are not allowed to take public transport, gather for meals or dine in restaurants, and participate in activities such as watching movies, exhibitions or meetings.

Zeng Qun, deputy director of the Shanghai Civil Affairs Bureau, said violators shall bear legal responsibility, get demerits on their credit accounts and will be exposed publicly.

Wu said citizens, especially those above 60 years old and between three and 17 years old, should take COVID-19 vaccines and the booster shots as soon as possible.

Details on how local expats can take the booster shots of the COVID-19 vaccines have not been announced.

Elsewhere, north China’s Tianjin Municipality on Thursday said it would upgrade its COVID-19 prevention and control measures in risk areas to prevent the virus from spreading.

Vehicles entering and leaving the affected areas will be arranged by local authorities and people outside the risk areas under government control are prohibited from visiting those areas to deliver materials.

The city logged 41 new locally transmitted COVID-19 cases on Wednesday, according to a daily report by the National Health Commission on Thursday.

Technology is the key to transforming least developed countries. Here's how

The Key Steps to Making the Perfect Buttery, Fluffy Dough

Get our latest downloads and information first. Complete the form below to subscribe to our weekly newsletter.